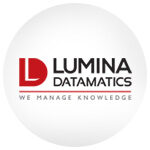 Scholarly Publishers are not the most interesting or most popular publishers in the STM Publishing industry. “Read More” tag! The scholarly publishing market is an ‘intermediated market’, with researchers acting as both producers and consumers of research, while the purchase of content is typically undertaken by academic libraries. The annual generated revenue from science, technology and medicine (STM) scientific journals is estimated about $12 billion in 2016, including books and other information within a broader STM Publishing Services worth some $25 billion. Open access Scientific journal publishing market is estimated at about $500 million in 2015 (up from $100 million in 2010, representing a CAGR of about 20%), where as subscription/paid access STM/Scholarly journal market is drastically decreasing to $8 billion by 2016 ($12.5 billion in 2014).

From the data, the open access revenues have actually gone up. But this leads to more interesting questions about open access in the scholarly publishing world. It’s actually an age-old debate, dating as far back as the 17th century. It was essentially about the open exchange of ideas. Over the years, it became a more subscription-based process. The internet changed the whole conversation, being able to beam content across the world at any given time.  Not only did the scope and volume of research increase rapidly, so did the perception that all information should be easily findable via search engines. The World Wide Web expanded the audience for research outside traditional institutions—to literally anyone with a connected device. With this expansion, the disparity between the well-funded and those less fortunate became acute.

As a result, there has been a severe amount of criticism labeled at unauthorized paper/file sharing. This actually leads into areas of violation of copyright law. It plays a greater role in the open access debate. Open-access advocates want a fair system where files can be shared on a known distribution system. But it comes down to the university professors and scientists who wish to openly share their science journals and disregard copyright law, based on principle. The legal woes are numerous to say the least, but there has to be a system that both parties can agree without having to seek ‘cease and desist’ notices every time an article/journal is made available online for free.

Competition is actually an issue in this market. For instance, there has been a decline when it comes to subscription-based models. The problem originates in the fact that subscription contracts are negotiated by STM Publishers with individual RPOs or university consortia, and each deal is covered by commercial confidentiality – meaning that RPOs cannot benchmark their prices against those paid by others, but only against what they had paid previously. Offsetting deals – which seek to offset the price paid by RPOs for subscriptions and APCs on a range of journals – can be even less transparent than subscriptions since they are based on hard-to-verify assumptions (such as the future number of OA articles published and the impact these have on publishers’ profits).

So, what does this all mean? It means that the entire community have together to solve the problem. Progress will only happen as both sides overcome roadblocks in a measured approach. The goal should not be on short-term gains but on achieving a competitive and open access market.